The famous Czech porcelain began its history quite late, already at the end of the 18th century. Exactly when deposits of kaolin, the main ingredient for the production of porcelain, were discovered near Karlovy Vary. The quality of the raw materials turned out to be so high that they were used not only for local needs, but also actively exported throughout Europe. 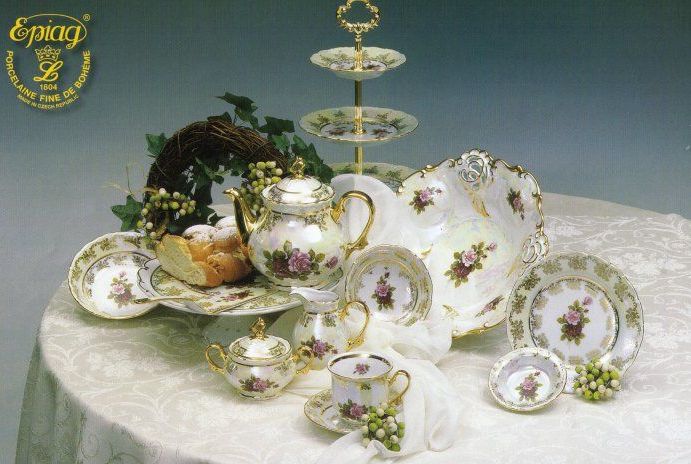 The technological process followed by the manufacturers was not much different from the classical approaches of German manufacturers. And this is not surprising, since the Czech Republic was part of the great empire of the Habsburgs since 1526, and since 1867 it became part of Austria-Hungary. It is quite natural that most of the factories specializing in the production of porcelain dishes were concentrated in the hands of German industrialists. At the same time, the price of products has always been set an order of magnitude lower in comparison with similar products in Germany and England, not inferior to her in quality.

Czech porcelain is usually associated with tea and dining sets, which can be bought relatively inexpensively at sales or online stores that work directly with manufacturers. In addition to cups, plates and saucers, dish sets also include other items: sugar bowls, milk jugs, teapots, candy bowls, etc. Obligatory elements of table sets are salad bowls, round and oval dishes for fish, meat and snacks, as well as sauce bowls, salt shakers, butter containers, lemongrass, and in some cases even bone bowls or napkin rings.


In addition to its excellent quality, Czech porcelain is also recognizable for its decorative design. There are several basic options for painting, according to which you can immediately guess - yes, this tableware is "originally" from the Czech Republic.

- Bulbous pattern (tsibulak). The drawing is a combination of plant motifs, evenly distributed over the plane of the crockery and made in blue tones. Due to the color similarity, the classic Czech pattern was often confused with the Russian Gzhel.

- Madonna. The technique and style of painting was copied from the paintings of the painters of the Middle Ages. As a rule, religious scenes were depicted in the center of the plane or fragmentarily along the edges of plates and banquet dishes. There are many variations of drawings in this thematic direction, and in all of them the main character is the image of the Madonna. For the first time, the idea of transferring the artistic image of the Immaculate Virgin Mary onto porcelain was embodied within the walls of the Meissen manufactory, and only then it was picked up and improved by Czech masters. 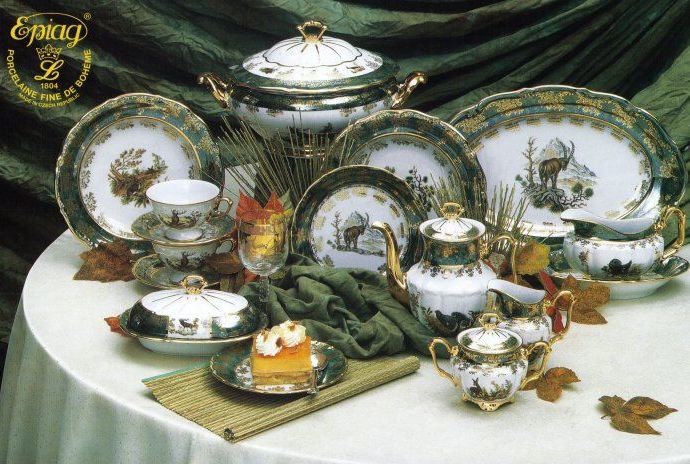 - Meissen flower. Another idea borrowed from Meissen artists. Although it would be wrong to talk about total plagiarism, since floristic motives for painting porcelain were used everywhere in European manufactories. A feature of the drawing is its simplicity - it is depicted on a pure white background, and the sketch itself is made in bright colors, but without fanciful curls and floral ornaments. Perfection in the execution of wildflowers was achieved by the craftsmen of the Thurn factory, and it is with her name that the services with such a relief are associated.

- Czech goose. It is believed that the drawing was invented in the 13th century, and since then its execution technique has remained practically unchanged. Funny white geese with bows in blue polka dots, “grazing” on a completely white background, can be seen on antique sets, which are of high value among lovers of antiquity.

- Pink porcelain. The visiting card of the Czech porcelain industry. The peculiarity of the production lies in the fact that coloring in a characteristic pinkish tint occurs not at the stage of decoration, but in the process of "kneading" the mass. A special coloring pigment is added to the raw materials, which is mixed with the rest of the ingredients and gives such an interesting effect at the output. Finished products are covered with transparent glaze, gilding and floral ornaments.


Porcelain began to be labeled almost from the very beginning of its production, and over time, Chinese traditions were taken up by European manufactories. The marking was carried out not only to identify the manufacturer, but also to protect against counterfeiting. It looked in the form of special stamps, usually applied in blue paints. At first, the brand names were printed on the already fixed glaze, and later they began to be made using the underglaze method.

There are currently two types of labels in use:

- The logo of the factory, applied with blue or red paint (less often green, brown) under the glaze. Allows you to determine the belonging of the dishes to a particular brand. The stamp should have smooth, clear edges, without chips or other defects.

- Embossed stamp, made in the form of an imprint on the bottom of the product. It is difficult to counterfeit, but among modern manufacturers it is used quite rarely. 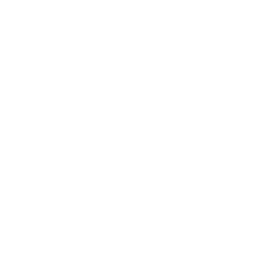